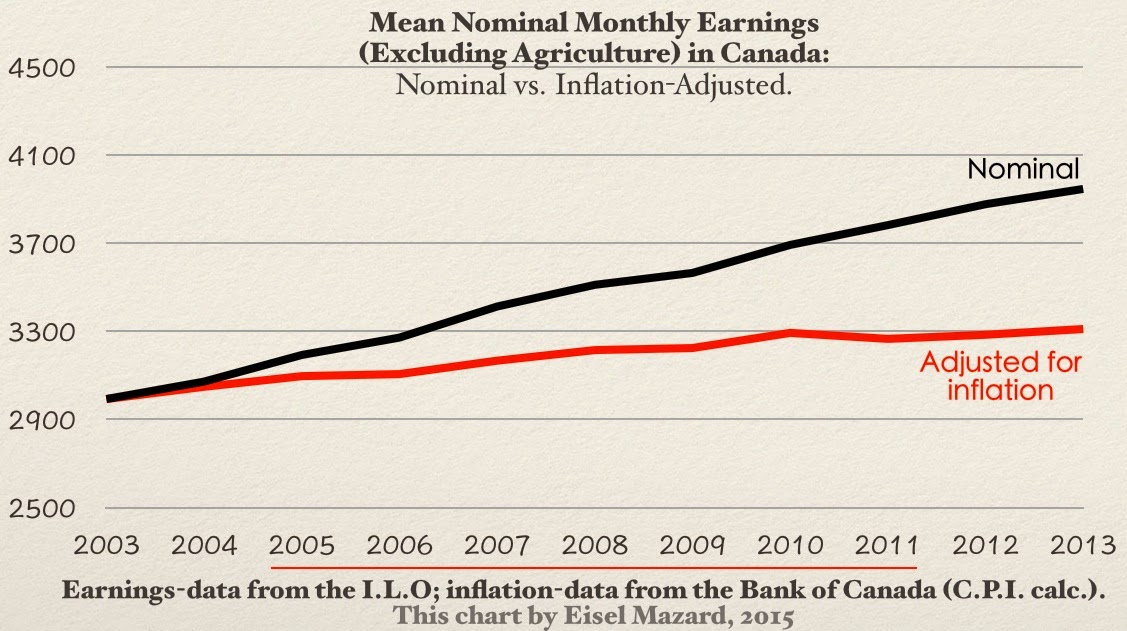 In the earlier (so-called) Keynesian era, governments of industrialized economies (including Japan) regarded rising wages as part of a "virtuous circle", defined as follows by one of its few remaining proponents, the AFL-CIO:


[… A circle] in which wage growth leads to healthy consumer demand…which encourages business investment…which drives productivity growth…which (if we have strong unions and low unemployment) leads us back to dynamic wage growth. (Source)

Very recently Japan's Prime Minister seems to have reconsidered this fundamental assumption of the Neoliberal era (i.e., that low wages are essential to "economic competitiveness", etc.).  Abe now (from 2013 forward?) speaks of his strategy in terms of increasing wages, to achieve the old "virtuous circle" again (Source 1, Source 2).

Interestingly, someone in Abe's government decided to fabricate statistics indicating that the wage-growth policy was already working in Japan (in 2014), when it wasn't (or wasn't yet). (Source)  This peculiar fraud confirms, at least, how important the "new direction" is to the government, and how firm they are on expressing their intent to make this kind of change, even if they can't yet show evidence for any such actual change in the economy. 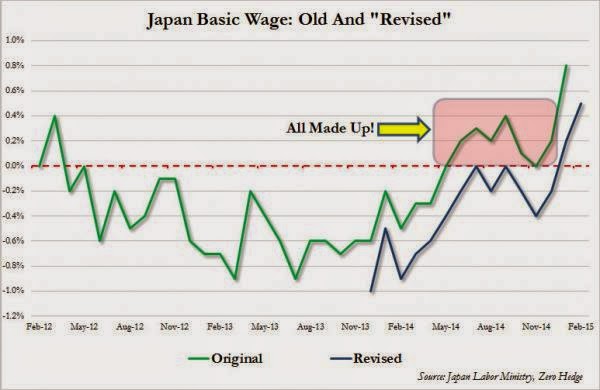 Some less-than-radical voices at the I.L.O. also want to return to the virtuous circle paradigm, directly advocating for "wage-led growth as an alternative to Neoliberalism". (Link, PDF)

The pattern of minimal wage growth didn't come about by accident: it has been an intentional aspect of government policy (in industrialized countries) for decades.  Japan was ahead of the trend in using Q.E. (for better or worse), and they may be ahead of the trend, now, in trying to overtly call for wage growth and a return to the virtuous circle, at the end of that experience.   Although Canada's dismal wage growth [is] still better than most of G20, you will not find the Canadian Prime Minister advocating wage-growth and the virtuous circle, as Abe Shinzo currently does.