Don't make someone else's stupidity an excuse for your own. 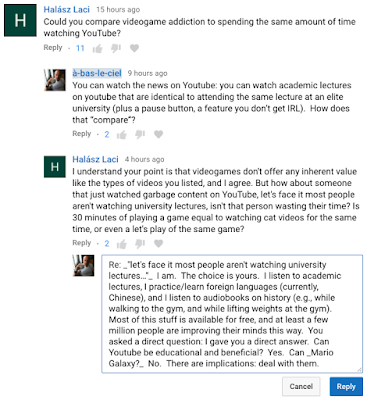 I would have preferred to say, "Don't make someone else's stupidity a pretext for your own". But hey. I have to compromise with the parlance of our times.
Posted by Eisel Mazard at 18:29 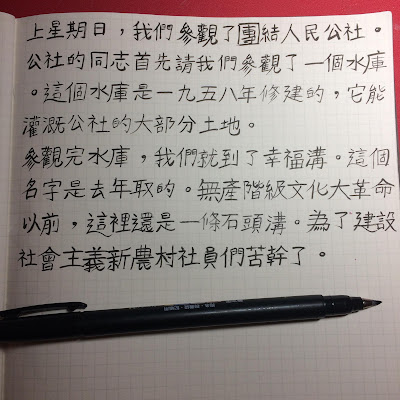 [反共产主义] Working from (and against) Chinese propaganda. 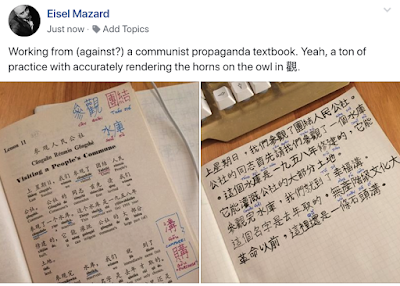 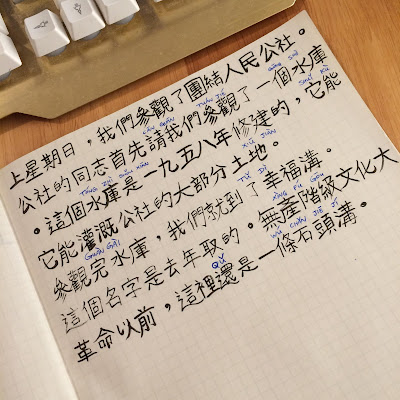 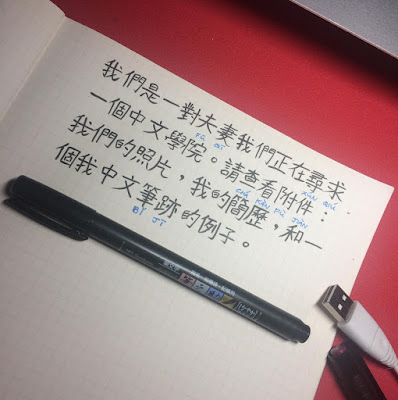 一個我中文筆跡的例子.  No, not a paid commercial for the brand of pen.  I only switched back to reading and writing the Taiwanese written standard ("traditional Chinese") quite recently (my school was in Kunming, remember, where we used simplified characters).
Posted by Eisel Mazard at 02:06

[Richard wrote in threatening to sue me, threatening to have my channel deleted, and so on: you can see his messages on youtube, here.  The text below is the final message I sent in correspondence to him: he never replied.  He has still never stated a single example of me telling a lie about him, nor making an untrue criminal allegation against him (all of the criminal behavior I know about is criminal behavior he has boasted about himself, e.g., hallucinogenic drug use.]

Okay, so I'll make a video proceeding with your statement that (1) you
do not currently own (real) firearms because the police do not allow
you to, under the terms of your probation, (2) correct me if I'm
wrong, but you have lied (and you continue to lie) in claiming that
you do not own any real weapons (you claim that all of your weapons
are "fake" and are "toys") because the knives, assault batons, swords,
etc., are indeed real weapons, (3) you still want to own guns in the
future, as soon as you are allowed to do so legally.  Is this correct?

Do you want to clarify what your position on firearms ownership is?

Do you believe that someone who has hallucinations of the kind you
describe yourself (including auditory hallucinations, "hearing voices"
that are not there, having paranoid and aggressive reactions to
strangers, with the specific delusion that people are trying to kill
you when they just say hello to you, or shake hands with you, etc.)
…do you think that sort of person should be allowed to own, use and
carry firearms?

If I described that person to you, as someone other than yourself,
would you agree with the statement, "The government is justified in
doubt their responsibility to safely use firearms"?

Do you think that the military would be willing to recruit or employ
someone with this list of symptoms, and to trust them to use guns
responsibly in a high-pressure situation?

Would you not agree that someone who had your checklist of symptoms
might be disqualified from owning/carrying firearms in at least some
democratic countries?