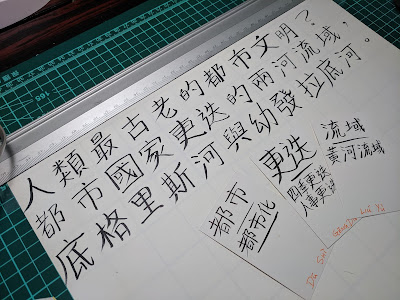 I've had a lot of frustration with pens this year: here I'm using a very large pen, writing at a large scale… but the line-style still isn't really working for me.
Posted by Eisel Mazard at 20:11

For the first time I experienced how much the passions of those who listen have power over those who speak. 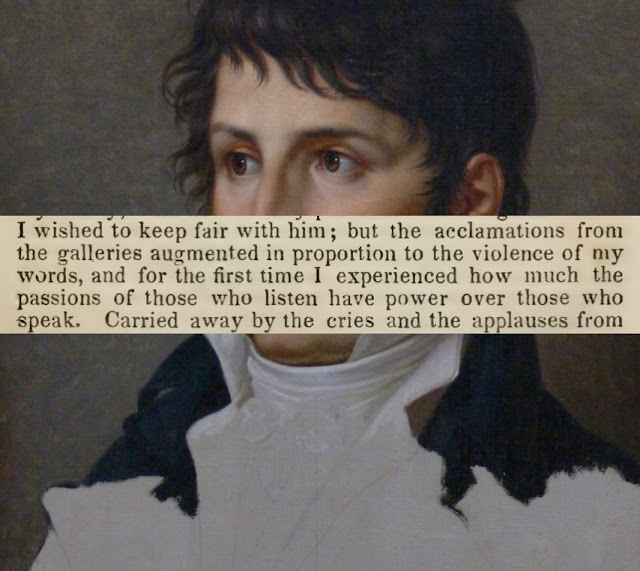 "…for the first time I experienced how much the passions of those who listen have power over those who speak."
Posted by Eisel Mazard at 11:16

On academia itself. Reflections, now at more than 40 years of age. 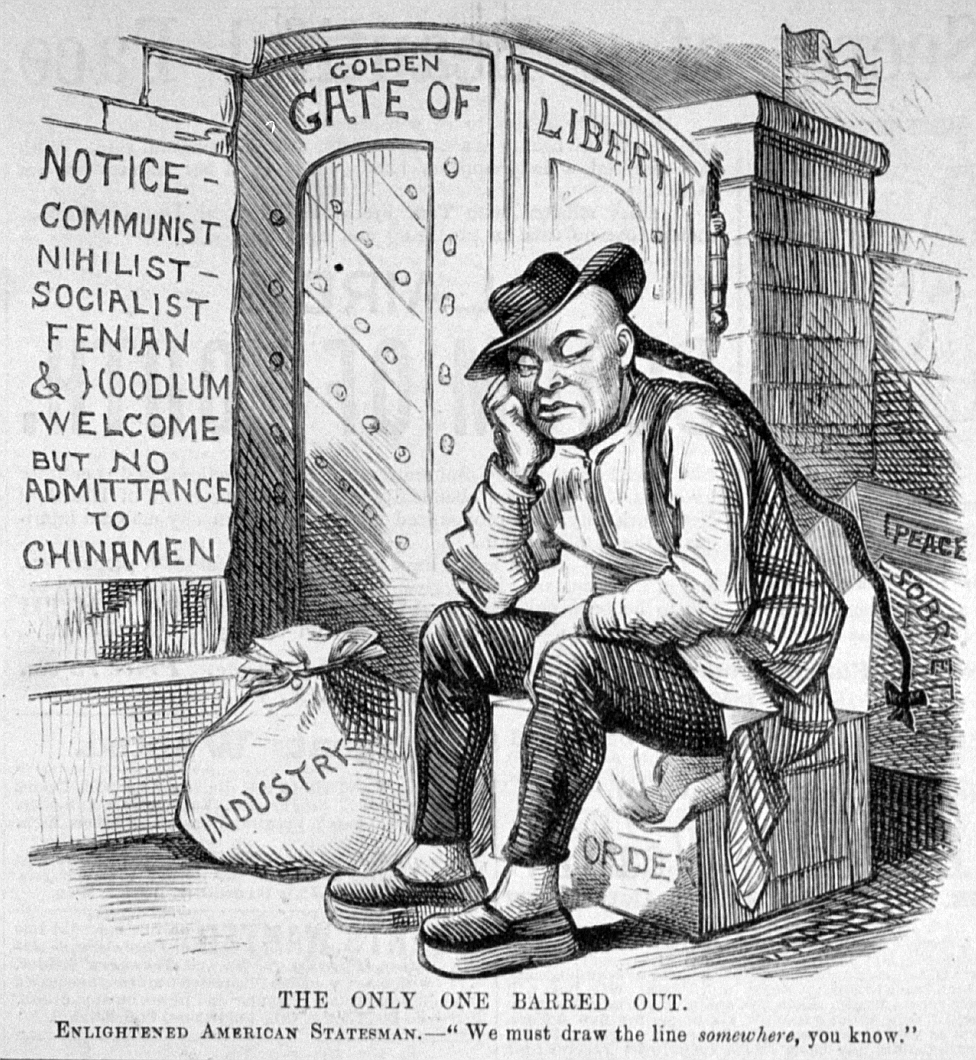 My own experience with universities (plural) is so astoundingly negative that I try not to generalize about it.

You mention Hobbes as an example.

At Univ. of Toronto (supposedly the best university in the country) I enrolled in an advanced course on Hobbes (meaning 300 or 400 level, and only specialists are permitted to enroll).

When I mentioned the name of Cromwell, i.e., Oliver Cromwell, the professor said angrily, "WHO?"

I asked how she could be teaching a course on Hobbes if she did not know the name Cromwell.

She instructed me, both before and after that dialogue, that I ought to drop the course because it would be "an open reading", and should be unencumbered by knowledge of facts of any kind.

She started the class by asking if anyone had already read the book (Leviathan) and then instructed me, at that moment, that I should drop the course, for these reasons.

This experience was, in fact, extremely upsetting to me at the time (i.e., for many days after).  I am 41 years old now, and have suffered in both great magnitude and great variety, both depth and breadth, so to speak; today, such a thing might just inspire me to laugh and make some jeering remarks, however, it was really a disturbing experience at the time.

My experience with universities, then and now, was simply of a corrupt oligarchy of bullies defending their positions of unearned authority by denouncing and exiling anyone who challenged their authority —including, e.g., offering a "challenge" by daring to actually read the "required reading" book.

The accumulated "wisdom" even on the most mainstream philosophical questions (e.g., Aristotle) astounds me in much the same way, so that, after decades, it ceases to be astounding: the same corrupt oligarchy accomplishes nothing over many decades, so that when I search the archives for "progress" (again, even on the most mainstream of research/historical questions imaginable) I find instead "regress".  The computerization of past research makes this kind of survey now easier to do, and the embarrassment at the intellectual poverty of our institutions harder to endure.

In an area as obscure as the politics of Laos, the endangered language Cree, or the archaeology of the Pali language, one begins such a search with the excuse of "obscurity" in hand; but I find the intellectual quality on mainstream subjects (from Aristotle to the use of "Extraordinary Rendition" (i.e., torture) by the United States in recent years, or the reforms to the Chinese medical system) to actually be worse than the research in the many obscure fields I applied myself to before.