[This was written in reply to an extremely flattering letter from a viewer: a young man who explained how his life had profoundly changed due to the influence of my youtube channel.  He had quit playing video games (having described himself as being, previously, "a video game addict"), and really devoted himself to the study of politics and philosophy, beginning from a very low level.  He wrote in asking broadly for advice, and quite possibly expecting "recommended reading" in reply.]

Well, you are writing to me at an opportune time, as I'm in the process of trying to complete my book, "No More Manifestos".

Many chapters (not all) are already available within Patreon, and you can use the app's search function to hunt them down.

Here's the final text of chapter 1, for example:

So, I will re-interpret your question as follows:

"What should I do, to develop my own acumen and abilities, within the constraints of being a university student (busy studying ______) in _______?"

Most people would tell you to devote yourself to "reading", and would then provide you with a reading list.  There are many, many reasons why this is not what I'm going to do (I'm a critic of "recommended reading", and I'm even a critic of reading itself, to a definite extent).

I think that for someone in your situation (and for most people with a full time job, etc.) the primary question is, instead, of "How can I make reading productive?", and then how that process of reading, researching, learning, doubting, discussion, questioning, etc., can be part-and-parcel of a meaningful life.

You know, there are people who live in a cave (i.e., alone, in the wilderness) and study Buddhist philosophy: they never learn what I've learned about Buddhism.  A great deal of what is recommended (both by academia, and "here" on youtube) is really just equivalent to encouraging people to seal themselves up in a cave, of one sort or another.

The people who give this advice rarely even reflect on their own process of learning, and the extent to which very non-cave-like aspects (and very non-textual aspects) of the learning process were important to them.  The importance is attributed to the book itself, as if it were a graven idol, that could impart wisdom to us, as a reward for our devotion to it.

Many, many people on the left wing do indeed study politics in much the same way as a Buddhist eremite in a cave "studies" Buddhism, and they emerge from their caves more disconnected from reality than ever before --but, of course, utterly devoted to the particular book (or guru) that they imagine to be the source of all wisdom (and all hope for a better society in the future).

(On the right wing, this is true of some of the libertarians, but I wouldn't say there's any directly comparable pattern among "moderate conservatives", who more commonly approach politics with the assumption that they've got nothing to learn.)

What is it that makes reading productive?

Instead of a huge pile of books (qua "input"), with no clear "output", I think it's important to divide the process into a series of projects, where you pick up and handle the information you're learning as an instrument.

Instead of studying Buddhism (as a whole, for example), imagine if someone took up a specific project looking at (i) prostitution, (ii) police corruption, and then (iii) what Buddhist leaders say about it (in an intensely Buddhist society like Thailand or Myanmar) and (iv) how Buddhists are actually involved in it.  The religiosity of corrupt police officers in Thailand, the relationship between pimp and prostitute and Buddhist temple, is a specific topic that could produce a specific article, essay or youtube video --and if someone took that up as their first task in the study of Buddhism, they would learn more than reading a tome of "philosophy" in a cave, precisely because (1) what they're learning is directly connected to problems in the real world and (2) because they're making the process of learning productive, by applying what they know to a kind of problem-solving mode of thought.

Imagine the difference between examining puzzles in an art gallery, fully assembled, and handling the puzzle pieces yourself.  Learning ("active research" leading to "an informed opinion") has more to do with the process of handling puzzle pieces than it has to do with staring at them.  Thus, I'm a critic of reading as such.

And, of course, there's the crucial problem of having someone let you know when you've assembled the puzzle pieces all wrong: we do not learn from making mistakes, but from noticing mistakes.  Sometimes we can notice our own mistakes, ourselves, but more often we need someone to discuss our research with --and even if they know less about it than we do, the discussion itself could draw our attention to errors we've made, contrary sources/perspectives we've overlooked, etc.

So, this is also part of the praxis of dividing up the near-infinite mountain of reading into a series of small, specific projects, that have definite "output": the output you create can be seen/heard/read by other people (even if it just a circle of five friends you've got, or friends you'll meet in the process) who can then point out to you mistakes you've made, or limitations and shortcomings of your approach.

Many people would tell you to build up a wall of books you've read, and then try to develop some sophistication toward the wall as a whole.  I am telling you, instead, that it's important to develop a sophisticated attitude toward each brick, one at a time, as it goes into the wall, and to regard the whole process of learning as part and parcel of a meaningful life.

And this meaningful life is something that reading must add to, not subtract from.  It can't be that you're imposing on yourself, and suffering to do the research because it is detracting from everything meaningful in your life: the strategy of making reading productive is, in effect, that the reading becomes a positive and rewarding part of your life --something you're positively motivated to do (even if it is only on the weekend, only in the limited spare time that your university classes (or job) allows you to have, etc.).

I talked to two different viewers recently who made the mistake of "being inspired by" my youtube channels in the following manner: they bought a copy of Aristotle's Ethics, and began reading it, from cover to cover.  (I believe only one of the two finished the book, before complaining to me.)

Now, firstly, I have never endorsed or suggested such a thing (although I've made many youtube videos about Aristotle).  Nor do I suggest, for example, that anyone should sit and read the Bible from cover to cover.

Now, as it happens, Aristotle's Ethics is a terrible book, with only a few pages that are worth reading, as it happens, and even then, the few (interesting) pages are only significant because they allow us to compare what he said in his books on Politics and Rhetoric to a different account.  However, if you want to really learn something from Aristotle's Ethics, you'd need some specific project, with some specific purpose, and some kind of "output" (an article, a youtube video, etc.).

You would need, in this way, to bring a problem-solving purpose to the book.

My method here can be discovered by any jejune person, spontaneously.  Suppose someone told you that they had been forced to read the Bible as a child, and found it utterly boring.  However, as an adult, the idea occurred to them that they would research the question of slavery in the Bible ("once and for all") to discover what exactly the Bible said on the topic, and how this fit into the history of Judaism, Christianity, Islam, and misc. political movements to abolish slavery (and attempts to defend the institution of slavery, in response).  Now suppose this person wanted to write an article, or create a youtube video, summing up their conclusions --perhaps they'd discover a number of specific issues along the way that were unexpectedly interesting, and resulted in youtube videos just dealing with that specific topic.

Perhaps some of the issues were "parallel", rather than "intersecting", e.g., this researcher then might well wonder about the history of the abolition of slavery in China, Thailand and Japan (countries where Christianity and Islam were not factors at all in a "parallel" process).

Now, suddenly, the study of the Bible seems fascinating, and not because of anything inherent in the text: the book doesn't exist as an idol to enlighten us (as a reward for our devotion to it), but merely as an instrument that we take up in our own hands, in the process of solving a problem (or answering a series of questions) --and that will, indeed, involve challenging the book, and challenging our own assumptions, by consulting and comparing a variety of sources.

It is significant (and not merely a cultural curiosity, I think) that the easiest way for people to express how they've become sophisticated (politically, philosophically, etc.) is through a series of negations.  They can tell you a series of things they used to believe in, and how they challenged or overturned them, by learning something else.  They were Communist and became ex-Communist, or they were muslim and became ex-muslim, etc.

It is much more difficult to express the process positively: what was the combination of doubt and curiosity that demanded exercise, and how exactly did you exercise it?  I have tried, in this reply, to start explaining to you that process of exercise.

Someone like James Boswell was able, in his time, to publish every stray thought that entered his head in a newspaper: the most casual nonsense that he'd thought up (about politics, etc.) he could publish, from a very early age (certainly, long before his first hit book) and he was then able to surround himself with people who would "entertain" his opinions, and sometimes challenge him, in a salon of ideas.  I will admit my bias: from my perspective, Boswell was a very stupid man, and, also, morally evil.  However, in his manner of living, you can see how effortlessly he "made reading productive"; if he lifted a finger to research the Constitution of Corsica, he was rewarded with a tremendous amount of both publication and feedback.

Here, in Canada, Newspapers are dead.  The body of the book publishing industry is an emaciated shadow of what it formerly was.  Uploading to youtube is one way to approach the problem; having a circle of colleagues in a Facebook group (or equivalent) is another.

There is no point having "output" without "input": there's no point in having a book review channel, if you don't actually read books.  However, most educators are reluctant to say the opposite: there's no point in reading the book if you aren't motivated by some particular purpose --such as a book review, or such as researching some particular topic, to produce some kind of thesis, etc.

Canada: Making Money out of Myanmar. 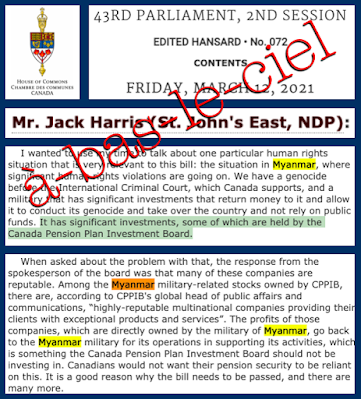 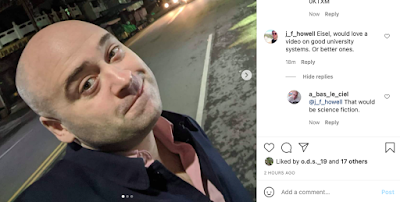