Applying for a very humble job with the local city council. 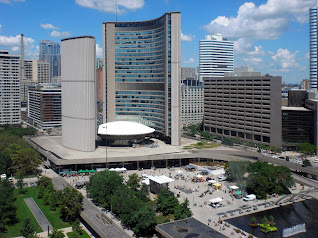 My involvement in municipal politics began when I was still a university student in Toronto: I started attending and participating in city council plenary sessions, and my name's appearance on the hansard was, for many years, the first search result that popped up when my name was put into google.

My reasons for studying political science at that time, my reasons for volunteering at city hall, and my reasons for applying for this job, right now, have always been to make the positive difference that I can make: most members of my generation are preoccupied with grandiose fantasies of political change on a huge scale, or in faraway places (there is, for example, always more interest in Syria and Afghanistan than there is in municipal politics).

What I learned, as a teenager, was that focussing your energy and effort on the difference that you CAN make is much more important than the differences you CANNOT make (however inspirational or grand).

In the years since my youthful attempts to make the world a better place in Toronto, I've lived and worked all over the world, before settling in Victoria (where I returned to university at UVic), and I've lent my efforts to a variety of political and charitable causes (from Cambodia to Saskatachewan, in brief).

I understand that I may be overqualified for this position (that only requires a high school education, etc.), but I'm volunteering for it with the same sincere interest in the positive difference I can make, on however humble a scale, here and now.