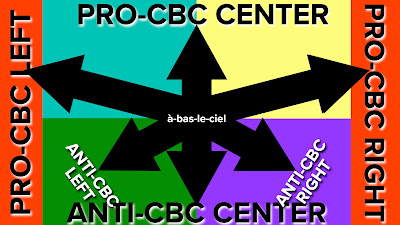 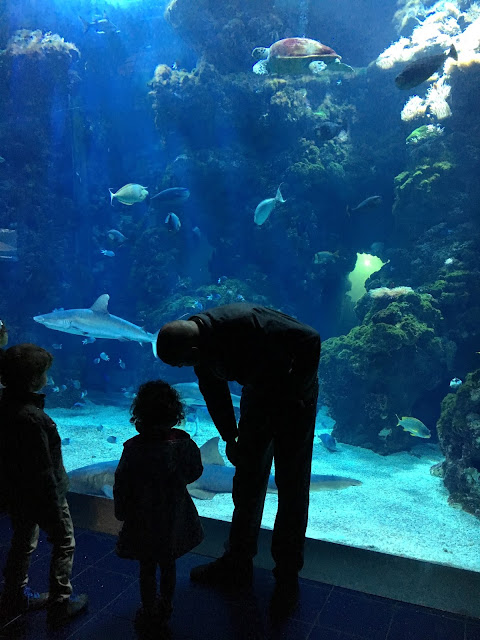 The Right and the Wrong, the Rich and the Poor.

I won't dilate the issue infinitely, but it may be worthwhile to pause to imagine just how nearly-infinite the expansion of the issue could be.

What I find about the left is that they will use the name of the poor (and the idea of poverty) without actually taking the slightest interest in who the poor are, or what they want.

You know, I studied Cree and Ojibwe at First Nations University (this is on my C.V.).  I could say something similar about the left wing's interest (or lack of interest) in the indigenous people: they are interested only in the symbol of what these people are supposed to represent, not the reality of who they are.

The left dehumanizes the very people they pretend to champion.

In the United States of America today, who is more Christian, the rich or the poor?

In the United States of America today, who is more racist, the rich or the poor?

And the poor: what is their perspective on the decriminalization of drugs?  And on border control?  And on immigration?  And on transgender hormone replacement therapy?  And on practically every issue that the "urban sophisticates" of the left wing imagine themselves to have the sole, morally-correct position on?

Poverty becomes a pretext for a left-wing agenda that has nothing to do with who "the poor" are, or what they want.  The left will claim that the world could only be improved by giving all of the United States the same permissive policies toward addictive drugs that Seattle already has --while, in fact, it is the poor who suffer most by living in close proximity to the drug addicts, and who most need the police to enforce the laws to make their neighborhoods inhabitable.  The residents of Calabasas, behind their high walls, can endure decriminalization; I, in my neighborhood, cannot.

And if we care about improving sewage treatment, or the healthcare system, or the university education system, whose opinion do we turn to?  Is it the poor who know the answers to how we should reform any given institution?  No, inevitably, we turn to someone with expertise or experience salient to the problem, and it is extraordinarily rare if the person with that expertise is poor --even police reform is entirely the domain of educated elites.

From my own biased perspective, the irony is that the quality of education in the United States and Canada is SO ABYSSAL that the rich have no advantage over the poor: people with university diplomas know little more than high school graduates in this culture.  So, we have a situation of "hollow elitism", in which the opinions of the rich and well-educated are esteemed for nothing.

I would warn you, again, that I am probably more "left wing" (policy by policy) than you imagine me to be: but I am extremely cynical about the things left wingers are idealistic about.

Meanwhile, if you look at the politics of any foreign country (i.e., that the observer has sufficient detachment about) you'll immediately sympathize with the wealthiest, western-educated elite, rather than the poor, or rather than the populist leaders who pander to the poor.

Thanathorn here was educated at NYU's Stern School of Business, and I think you'll find him more sympathetic than the rural poor who voted to continue to be ruled by a military dictatorship!

[From 2006!] On the Misinterpretation of the Philosophy of Max Stirner.

Oh, you want the "TL;DR" version?  Max Stirner's philosophy has become less obscure in the years since 2006, when I wrote this uncompromising critique of the only available version of the text in English, and sent it directly to the author of the introduction, David Leopold (who is also credited as the text's translator, but I suspect he merely revised the wording of someone else's translation).  Leopold actually received this and replied to it (by email) and I daresay he seemed mildly horrified.  Perhaps you will be, too.  THE PHILOSOPHY OF MAX STIRNER IS LARGELY MISUNDERSTOOD IN ENGLISH, and it certainly doesn't help that (1) the translation is poor, and (2) THE INTRODUCTION TO THE BOOK IS EXTREMELY DISHONEST AND MISLEADING!

... [T]urning to the introduction provided by David Leopold (Ibidem, pg. xxxi), we find a badly flawed sketch of this important aspect of Stirner's work:

[Leopold:] ... [W]hen Stirner talks of the egoist being 'owner' of the world it seems simply to indicate the absence of obligations on the egoist --a bleak and uncompromising vision that he captures in an appropriately alimentary image:

[Leopold quoting Stirner:] Where the world comes in my way -- and it comes in my way everywhere -- I consume it to the quiet hunger of my egoism. For me you are nothing but -- my food, even as I too am fed upon and turned to use by you. We have only one relation to each other, that of usableness, of utility, of use. We owe each other nothing. (p. 263)

Leopold has disingenuously foisted this interpretation onto the source text. The sup- posedly "bleak and uncompromising vision" that he alludes to on page 263 is in fact a description of a bird singing in a tree for the sheer joy of creating its own song; the image is not "bleak", but positively ebullient. Stirner's words immediately preceding the quotation that Leopold has taken out of context are as follows:

My seven-year long divorce (in a 20-year long context!)