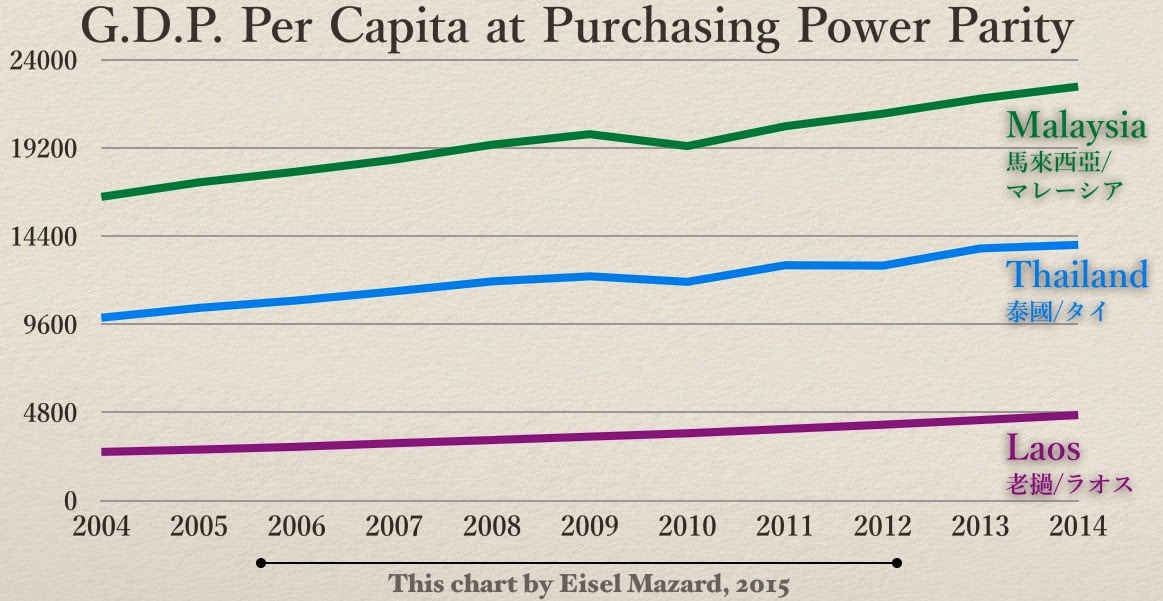 Although China's economy has been growing more rapidly than that of (post-Communist) Laos in the last 10 years, the Chinese still have a long way to go before they can even overtake Thailand (in terms of G.D.P. per capita at purchasing power parity --a uniquely important statistic, that we should probably pay more attention to than raw GDP growth).

You can click here to see a similar chart that compares China to Japan --with Japan being wealthier by several orders of magnitude.  And while China is growing, it isn't catching up.
Posted by Eisel Mazard at 15:28