Gormless Conformists and the Reform of Education.

[This is an email sent to a retired university professor who is --in his way-- involved in the reform of education, or at least in the critique of education that could lead up to some kind of reform.] 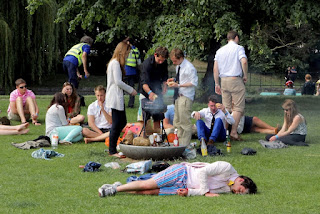 When I was at Cambridge (England) my wife and I were laughing all the time about the fact that the British had devised a system of education that COULD ONLY WORK for people like me --and yet, at the same time, it completely excluded people like me.

Most departments at Cambridge are "self directed learning" to a fault: NOBODY teaches you ANYTHING.

My wife's PhD supervisor* DID NOT READ her PhD thesis (he didn't even look at it!) and he certainly didn't provide any supervision or advice.

* [Footnote: after several years of this, at the very end of the process, she was reassigned to a different supervisor, who did read her work.]

I was not there as a student, you will have surmised: I was there as the husband of a student (and that was my first wife, we're now divorced, and I'm instead marrying someone who has read Thucydides).

It is possible that chemistry and physics do not operate this way, but many departments at Cambridge and Oxford really are "self-directed learning".

Guess what the result is?

True-believing Communists arrive, they gain a PhD, and they leave without anyone challenging their Communist mania.

This is true throughout myriad ideologies.

When you get into factual material, the reality is even more bleak: people write M.A. theses and PhD theses about Cambodia… and they LITERALLY DO NOT KNOW WHAT SIDE THE AMERICANS WERE FIGHTING ON.  They are writing the history as if the Americans were on the opposite side.

Not just in Buddhism, but in politics and history, I was routinely seeing "Santa Claus errors" --an idiom I made up to describe errors at the level of thinking Santa Claus and Jesus Christ are one and the same person.

Nobody corrects them.  Nobody feels that they're paid to criticize or cross-examine these students.  In a very real sense, nobody educates them.

All they get is a library card and a deadline.

The United States lately had a remarkable challenge in improving the level of education in Afghanistan, hm?  And in eradicating the Taliban THROUGH education, if we're being perfectly honest.  This couldn't possibly be accomplished through self-directed learning.

Self-directed learning increases inequality.  People like myself can thrive on it: highly independent, highly motivated, self-critical, defiant, frankly brilliant people --BUT IRONICALLY, the only people who could "get ahead" at Cambridge were gormless conformists.  The professors wouldn't work with anyone who challenged their ego in any way: they wanted supplicants, not applicants --and that's exactly what they got.

Do you already know the book, "Academically Adrift"?  (It's quite likely I've mentioned it to you before, perhaps years ago now.)

Look, at age 43, I am genuinely at the point of saying, "Carthago est Delenda".

At this point, our educational institutions could be improved by being burnt down. 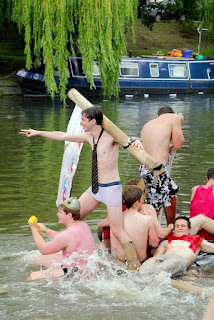