In the midst of a long discussion of the politics of ethnicity in the United States, Combat Jack snubs Charlamagne by pointing out that his reasoning supposes that everyone is Christian; in reply, Charlamagne asks if Jack is an atheist.  No, instead, Combat Jack identifies as Buddhist (audio link below). 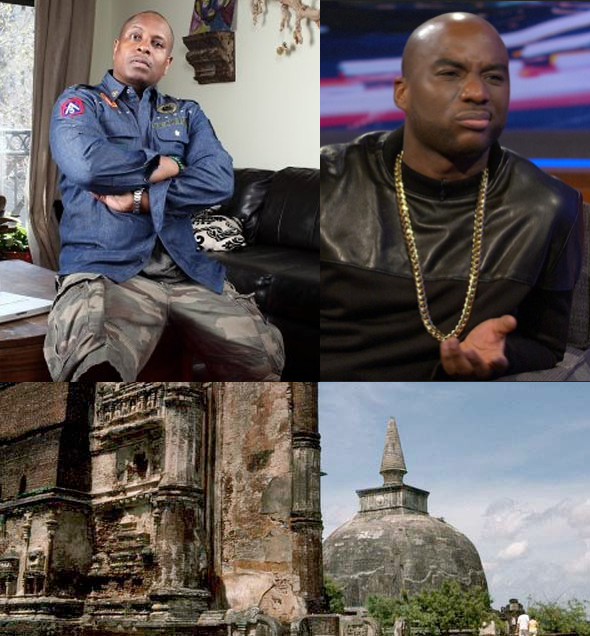 This exchange occurs just before the one hour mark (i.e., starting toward the end of the 59th minute of the tape).  Unfortunately, he sums up his religious beliefs in terms of "inter-connectedness of every individual in the universe"; although commonly attributed to the religion, this is, in fact something the Buddha did not teach (link).

The idea of interdependence is one of the most over-used and least understood corners of the canon; whereas, I note, various blunt statements that the Buddha was black (link) remain uncontroversial simply because they're ignored.
Posted by Eisel Mazard at 13:41