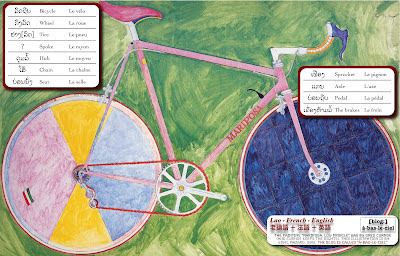 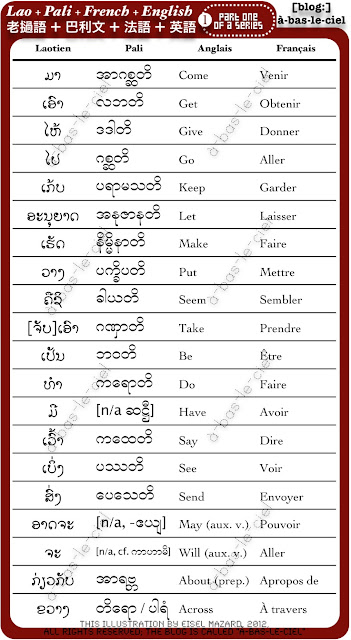 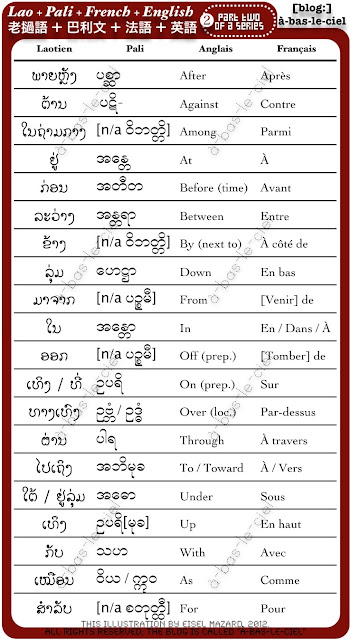 We have a number of words here that have no real equivalent in Pali due to the differences in grammar and syntax between the languages (and thus "n/a" appears several times) but this will be less frequent as the list proceeds into substantive nouns and verbs.  In this first set, almost none of the words are linked by etymology, but there is just one Lao word derived from Pali (see if you can spot it in the lists above).
Posted by Eisel Mazard at 22:29