Dealing with fans: people will impose on your time if you let them. 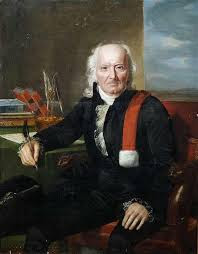 Elias: I still am curious to hear what your interpretation of the LSD study was.

[My reply:] (1) I hear that people in hell want ice water. (2) When I was the one asking for help, were you one of the few who even tried?

Elias: I was genuinely just interested in discussion of this topic. But...

[My reply:] My motto = active research & informed opinion. Why would I be interested in discussing it with you?

Elias: I think that your last two comments have been rather discourteous, frankly. As I said, I was merely interested to hear your reasoning on the subject. I think this easily could have been a friendly exchange instead, and I regret it could not have gone as such.

…but there are plenty of people who do want to talk to me.

There are plenty of people who PRESUME that I want to take the time to find peer-reviewed articles FOR THEIR INTEREST, FOR THEIR CONVENIENCE…

Whereas they wouldn't presume to impose on a university professor's time to this extent (not even if they're paying $5000 to take the course, etc. …i.e., the professor probably should take the time to answer questions from students, and fish around to contrast scientific articles in this way).

You've told me what you wanted out of this situation.

You've never considered what I wanted.

You can look back over this correspondence and feel that you've never been an asshole. I'm telling you, from my perspective, you're an asshole, and I have to deal with people like you EVERY DAY.

People who say, "Well, I haven't even done a 5 minute google search on this topic, and I've never read a single book about it, but I'm going to write in and tell you that you're wrong (about brain damage caused by marijuana, about the health benefits of meditation, etc. etc., any given topic)…"

"And now I'm going to presume to impose on your time by demanding that you present me with peer-reviewed literature as evidence, and even that you hold my hand and explain its significance to me…"

(Something Eisel's professors never did to help him, and that would be extraordinary --although not impossible-- for a student to expect even from a highly-paid professor)

"…AND IF YOU DON'T, naturally, I'll complain that you're some kind of charlatan / you can't accept criticism / you're unwilling to debate any given topic any random member of the audience is interested in, and therefore you're morally inferior TO ME."

(And, again, the "me" in the equation is a completely anonymous member of the audience who hasn't distinguished themselves by making any effort at "active research", nor in presenting an informed opinion.)

You must, both, have some general sense of what I'm reading, and what I'm trying to do with my time, from following the channel and/or this discussion forum, hm?

Do you think (e.g.) that I want to stop what I'm doing and pull together MRI data (and peer-reviewed research) to challenge what Sam Harris says about LSD and other hallucinogenic drugs?

Now allow me to ask:

Why don't YOU offer to do the research?

If this is a serious research interest for either one of you, GO AHEAD AND IMPRESS ME.
Don't demand that I send you links to peer reviewed paper (that I have zero interest in) and then ask me to hold your hand and talk them through with you.
I really doubt you'd do this with a university professor: why do you presume to impose on my time this way?
A professor is paid much more, and might even have a contractual obligation to discuss it with you.
I've gone through a mountain of MRI evidence on a variety of topics that have come up on the youtube channel, in passing: if either one of you is volunteering to look at MRI evidence on the brain function of long-term LSD users/addicts…
…GO AHEAD, IMPRESS ME.
Yes, I'm in a position to ask, "What have you done for me lately?"
I was asked this idiotic question by someone displaying zero sophistication, and seemingly sub-zero knowledge of the medical literature on the effects of LSD on the brain: I pretty much provided one link to a peer-reviewed article (dealing with MRI data) and said, "Go ahead, knock yourself out."   […]
No, I'm not interested in discussing the history of Buddhism with "just anyone" who happens to ask.
No, I'm not interested in discussing brain damage with "just anyone" who happens to ask, either. […]
I've been a paid researcher in the past: how much do you think I'd charge to put in the hours and conduct a review of the literature on that topic?
By the dead gods… […]
I deal with this constantly!  "Oh, well, I've seen a scientific study proving that what you said about pet-ownership is false…"
And they expect me to put in hours gathering evidence in reply! […]
I was only motivated to reply to you at all, @Elias, because you were so utterly incapable of taking the hint, when I asked you what sort of person I'd want to reply to, what sort of person would show enough sophistication and prior research to justify me stopping everything I'm working on to engage in a discussion with them --and for me to start conducting original research on my end (e.g., to investigate MRI scans on LSD users, etc. etc.).
I've really had enough of the formula, "Well, I don't know what I'm talking about, and I really haven't done any reading myself, but what you're saying (e.g., about marijuana causing brain damage, or the benefits of meditation, or any other topic commonly misrepresented in newspaper-level analysis) is clearly wrong, so I'm gonna have to tell you that, and then ask you to provide me with a bunch of sources I'm not gonna read… and then reproach you for failing to take the time to interpret and explain those sources, that I've never shown any initiative in researching myself…"
Dude… @Elias
When I started this youtube channel, do you think THAT was my goal?
Doing unpaid research for anonymous assholes, who have never helped me in any way, and who never will?
Conversely, don't you think it would be reasonable (at this point) for me to expect members of the audience to do their own research, or even for them to help me with research once in a while?
Posted by Eisel Mazard at 18:05