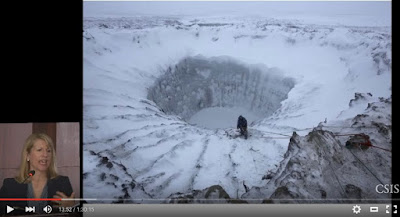 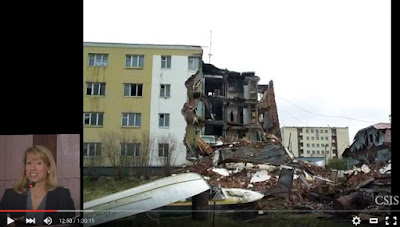 From the same video, this shows an apartment building (in the Russian Arctic) that partially collapsed, as it was built on permafrost that has, now, melted. 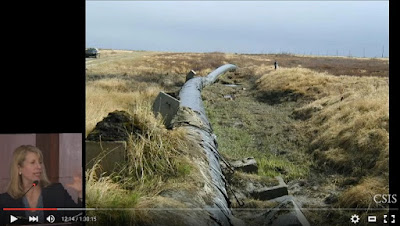 This oil-pipeline was built on permafrost (and, presumably, it was made in a straight line), but is now somewhat lumpy and curving, on a verdant field.

If you're wondering why methane has a unique significance (above and beyond carbon dioxide) and why so much interest is focused on the Russian Arctic (rather than the Canadian arctic), take a look at the introductory lectures provided by David Wasdell, on Youtube, here.  For an 8 minute interview with a researcher directly engaged with the issue (i.e., of methane in Siberia, specifically) take a look at this video of Natalia Shakhova, here.
Posted by Eisel Mazard at 10:08