Wealth, Poverty and the Perception of Corruption 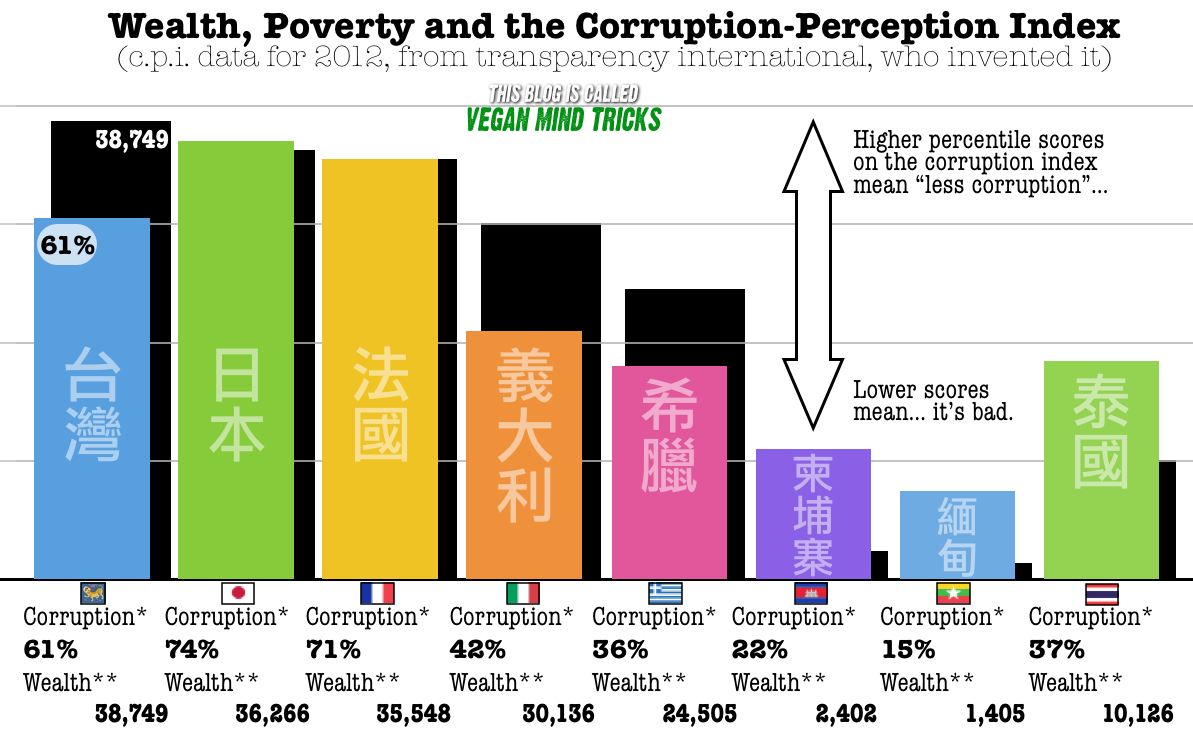 When Transparency International first started publishing their corruption index, I hoped that it would spark other innovations in measuring corruption that would soon make it obsolete.  That never happened (click), and so it remains an important (if imperfect) measurement, with very little competition to compare it to.
Something similar could be said, incidentally, about the statistics generated by Freedom House (although it’s easy to complain about their shortcomings, it’s hard to find a better measure in current use).


I created this graphic after hearing a lecture from an economist who argued persuasively that many Europeans fail to understand just how profoundly corrupt Greece is, both politically and economically (while being engaged in “bail-outs”, etc.).

Many interesting contrasts leap out of the chart: Greece is a country that thinks of itself as poor (relative to countries like France) but, in fact, it is quite wealthy compared to a country with similar corruption score, like Thailand.

"Wealth" here is per capita G.D.P. at P.P.P., and it is worthwhile to consider just how much that last part (P.P.P.) flatters the contrast between rich and poor (in absolute terms, the disparity would be much greater, and those absolute differences do matter, in many contexts).

[Note: I actually made this chart back in September of 2013… but it hasn't appeared on this blog before.]
Posted by Eisel Mazard at 00:52