Sinomania: Can Anything Justify the Hype about the Chinese Economy? 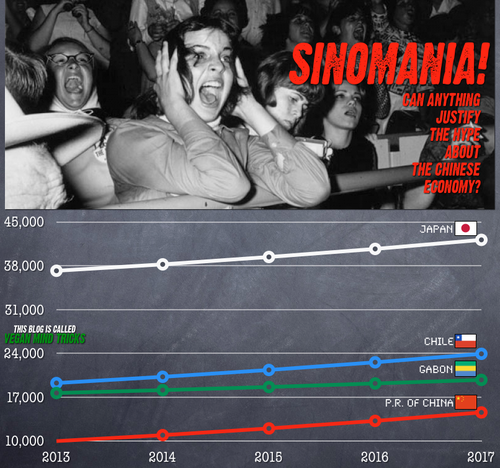 Why is there so much hype about the Chinese economy?  I’ll mention just one factor among many: people don’t want to believe they’re living in a world where the rich get richer, while the poor are trapped in poverty.  The idea that China is suddenly becoming more affluent than Japan appeals to a (false) sense of upward mobility, on a massive scale.

Below is a map that I did not make myself: it comes from an interactive map within the website of The Economist,

In a sense, both graphics are inviting you to visualize the strange fact that China remains (despite all the hype) poorer than many of the places that we think of as poverty-stricken.  Incongruously, China dominates the headlines as if it were wealthier than Japan, and nearly equal in power to Europe or the United States.  It isn’t.  Neither is Gabon. 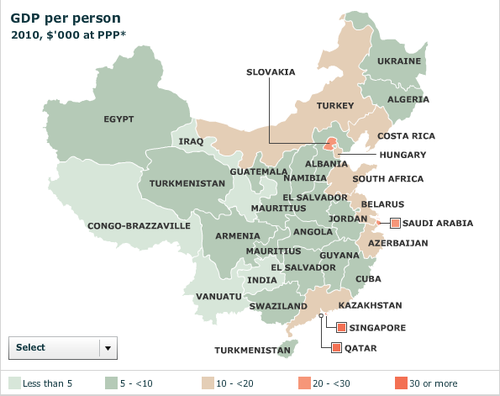 [Note: I first made this chart in Sept. of 2013, but it has not appeared previously on this blog.]
Posted by Eisel Mazard at 00:58