à-bas-le-ciel responds to his harshest critics (re: the "raw" policy statement).

[This is directly following up on the discussion already posted to this same blog as two immediately-prior text postings.]

Zdan ~  8:08 PM
As per what Eisel wrote above - I do not think that is needed here. This space focuses on something I deem unrealistic for the majority of people. If people manage to live that sort of life Eisel proposes - more power to them. They are clearly better human beings than myself. My interests lie elsewhere. I will still watch Eisel because I find value in his videos and approaches. That is all.

kovy_17 ~  8:12 PM
Regarding some of the stuff Eisel said above , I definately don't think it is good to have an overly positive attitude when discussing things, but at the same time it seems like a lot of people will be completely turned off to the conversation if you don't. But I think you can still at least attempt to be "polite" if you will ( lay off personal insults for example ) and still be very hard on your critique of someone . But yeah as it's his space so it's his call .
(Regarding "coddling" )

Azihayya ~  8:26 PM
@a-bas-le-ciel (Youtube name) Eisel--if you're holding yourself to a high standard, then I'd ask you to uphold the qualities of grace. As much as you might know, as much as you might have experienced, you aren't except from treating people with kindness or understanding. If to change people's hearts is truly your goal (as is mine, to change your heart), then I'll let you know: there's a better way than yours.
Read more »
Posted by Eisel Mazard at 21:47

samtc ~  3:08 PM
If only I knew what I wanted to be, and what it means to be good :laughing::disappointed:

Tobin ~  3:10 PM
i believe ur supposed to try things and see if u can see urself doing that for the next 5 - 10 years and decide if your contribution would be meaningful
s/ to be good is virtuous lol its so obvious

It gets worse than music. I once in my Buddhist days knew a Sri Lankan woman who was a family friend, and she was a mother. (In many Asian cultures we would refer to her an an aunty, but we are not related.) So this aunty told me she would go to the Temple to chant in Pali, and I asked her if she ever chanted in Sinhalese or English, she said no. I asked if she at least knew the meaning of what she was chanting, she said no. And she said she felt happy, peaceful and calm. If my mother weren't there with me, who recently after a time of great abuse she inflicted upon me, I would have strongly reprimanded her like the Buddha would reprimand foolish disciples in the suttas, yes the Buddha reprimands many for having stupid ideas and behaviours etc. I could appreciate if it were the case she didn't have the time, ability, recources amongst other things to learn scholarly languages for Buddhism, but I could not appreciate her choosing not to read the suttas of the Early Buddhist Texts, as it was the case for the majority of Buddhists I came across.

Jonmonji ~  3:31 PM
@a-bas-le-ciel (Youtube name) I would love to hear what your thoughts are on reading a work of fiction and if that's a waste of time, or if even creating such a work would be a waste.

When it comes to the distinction between a game of chess and (or in my case, a grand strategy game like Civilization IV) and a racing game, I would think that the decisions that those types of games force you to make would be what gives those activities value. I inclined to think that the balance that the player has to strike between long term planning and reacting to unforseen circumstances would provide the type of stimulation that could serve as a form of mental exercise.

From my experiences playing civ 6, the activity where some of my bias is held, I've felt many moments of indicision where I had to compromise and make a decision in an unideal situation, while trying to consider what impact that decision may have on other systems in the game. I would like to think that those types of mentally straining situations would reflect to some degree in my ability to do things like: juggling multiple partially related factors when decision making, putting together plans that don't pay off until much later in the future, sacrificing short term payoffs to be able to fulfill those those longer term plans, and sacrificing the potential to complete certain objectives that would have been nice to see in order to accplish something else that represents more value.

Sorry for how wordy this post turned out to be, these last couple videos have me really intreuged, and though I'm not yet fully convinced of every thing that comes with this form of this perspective, these last two videos really do have me reassessing how I think of the activities that make up my life. I'm super exited to have joined this discord

MattOverDriver ~  3:34 PM
When you say you'd like to think Civ 6 translates to decision making outside of the game, have you noticed that or?

a-bas-le-ciel (Youtube name) ~  3:35 PM
@Friedtofu You are in the same position as a crackhead saying, "You don't know how wonderful it is to get high every day for two months straight... If only you tried it... You'd realize that you were as ignorant before as an illiterate reviling Aristotle".

Dude, when I say the most pathetic people of all are the ones who are happy I AM TALKING ABOUT YOU.

Your bullshit justification for playing classical music: you're every bit as pathetic as the churchgoer in rapture...

a-bas-le-ciel (Youtube name) ~  3:38 PM
@Friedtofu In your case, it's even worse, because you don't even perceive your beliefs as faith: you're so committed to this bullshit that you think the "superiority" of J.S. Bach (Mer Han En Neue Oberkeet) over rap music is some kind of objective reality...

...rather than just an idol you abase yourself in front of.

Friedtofu ~  3:38 PM
I mentioned opera and ballet, neither of which Bach wrote any of

a-bas-le-ciel (Youtube name) ~  3:39 PM
Chess was simply the video game of its day.
Whiskey was the crack cocaine of its day.
To think you're doing something"refined" by listening to Opera (songs about boy loves girls, etc.) as opposed to listening to contemporary music is the most pitiable self-deception.
You think Opera and Ballet are superior to Britney Spears?  It's the same garbage, at a higher pricetag. @Friedtofu
If you're not actually racist against black people, how could you possibly regard rap music as LESS meaningful than that horse shit?
Swan Lake?
The video is a direct attack on YOUR delusions,
But your ego is so strongly attached to these excuses that you can't even hear it.
"Oh no, I would never use cocaine like these young people, I only drink whiskey while listening to Opera like my refined ancestors..."

YOU DON'T see how the critique I've already offered (in 20 min total) directly applies to this attitude?

Policy Statement: À-Bas-Le-Ciel is Going to Give it to you Raw.

This is quoted from a very lopsided discussion on my Discord server: here I'm quoting my "conclusion" (or policy statement) at the outset, and then, below, you'll see the context it emerged from following, quoted in sequence.  Basically: people some people have now joined the audience who are really unaware of what the M.O. (or "policy") of the channel has been from day one.
———
a-bas-le-ciel (Youtube name) ~ 7:38 PM
@Azihayya The reason why I'm tempted to kick you out of this discussion forum is this (this is brief, but I'd encourage you to read to the end before replying).

You're coming into a "server" (Discord discussion group) that is EXPLICITLY COMMITTED TO being anti-video-games.

There's absolutely zero ambiguity in my message on this issue.

This forum is also EXPLICITLY COMMITTED TO "a meaningful life" and the repudiation of "the unexamined life" more generally —and here there must be some ambiguity, because some of the philosophical ideas are ambiguous or debatable. Still: if you've watched my videos [i.e., in general], there's not much ambiguity left.

I criticize others, holding them to a high standard… and I always have (examples within the vegan movement are numerous).

AND (as explained in that video [linked to] above)… I encourage people who want to criticize me to ALSO rise to a similarly high standard.

Nobody's perfect, but if you want to have your own opinion on Aristotle, read Aristotle yourself, and then make your own video showing that I'm wrong (and you can replace "Aristotle" with many other topics I've covered, etc.).

So the question becomes, @Azihayya, WHY THE HELL would you come into the ONE AND ONLY tiny corner of the internet that is devoted to these things…

and beg (let alone demand) that I (or we) have some kind of positive, coddling attitude toward playing video games?

You're in the position ( @Azihayya ) of a meat eater who sits down in a vegan restaurant and eats beef steak (purchased as take-out from another restaurant) in front of the other patrons (AND I HAVE WITNESSED THIS). You might say to this person eating beef, "In this whole city, every other restaurant is pro-meat except this one… why do you have to come here to eat meat?"

Every other place on the internet is pro-video-game, and pro-unexamined life… I seriously have to ask you @Azihayya… How dare you? I really would like to ask you to quit, rather than banning you:
How the hell did you get this sense of entitlement, to come in here and tell me that my purpose is to make video game addicts feel better about themselves? You might as well tell me that I should be encouraging toward people who smoke marijuana, gamble or eat beef: if you subscribe to à-bas-le-ciel and you join this discord server, YOU ARE SIGNING UP for one of the few moderated discussion spaces with the opposite bias:

I am deeply committed to confronting, debunking and discarding all of these things.

If someone comes in here who supports the use of SSRIs, and they just want to offer a bunch of excuses and rationalizations for anti-depressant use, I think I'd have to say something similar: "Look, almost every single Facebook group and Discord forum is just going to give you 'encouragement' and echo back this sort of bullshit… but you can't demand that I (Eisel Mazard) or any of my fans be 'encouraging' to you… because you have signed up for the one place where we are going to GIVE IT TO YOU RAW, and directly fucking tell you that you're getting brain damage from a drug that was already debunked as pseudoscience in the 1980s."

Three Years Together, and Counting. 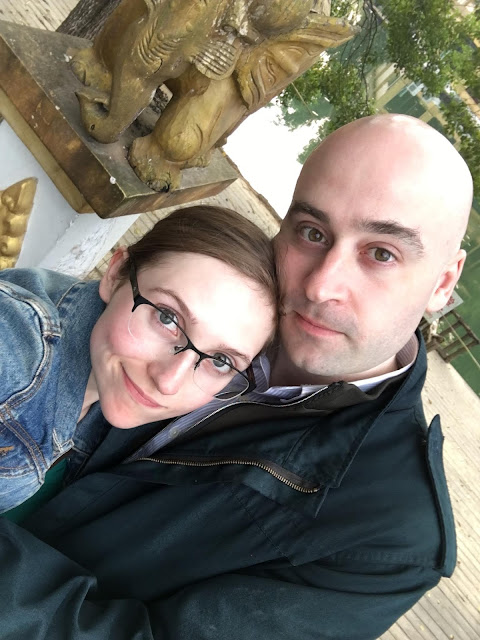 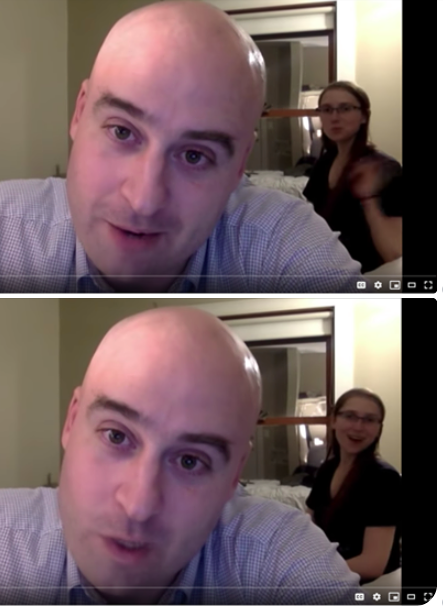 The art of not making excuses (and actually quitting video games)