Metta (A Pali Word Drops Out of Common Usage)

The artist formerly known as "慈善·世界和平" (Metta World Peace) is changing his name to "熊貓的朋友"… or, at any rate, something in Chinese that means "The Panda's Friend". 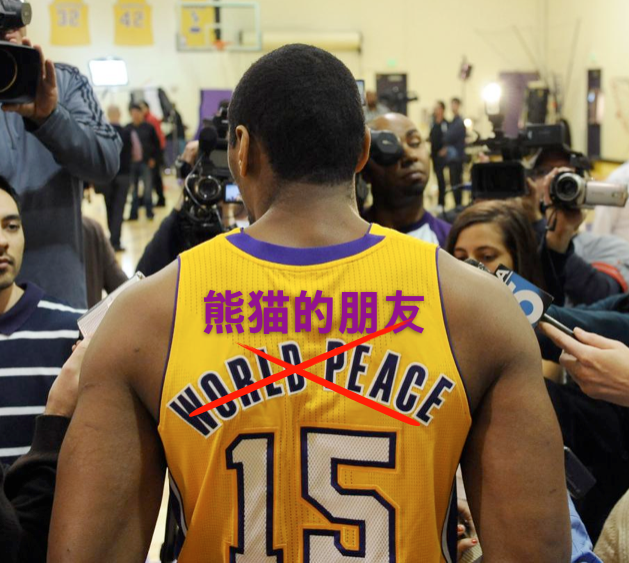 Although I think his rap career has been (thus far) awful, it was kind of a cool gimmick to have a basketball player with a Pali first name and "World Peace" written on the back of his jersey.  At a minimum, it was a solid marketing ploy --even if (in various interviews) Metta himself seemed to be unaware of what language metta came from (it ain't Sanskrit, nor Tibetan!), and had only a vague sense of what it was supposed to mean.


However, times change, and he's decided that 慈善·世界和平 isn't going to reach the Chinese market, so… in with the pandas, and out with world peace.

In the history of the language, we will have had a brief period of time when "Metta" appeared regularly in English newspapers, and then dropped out of usage.
Posted by Eisel Mazard at 11:49