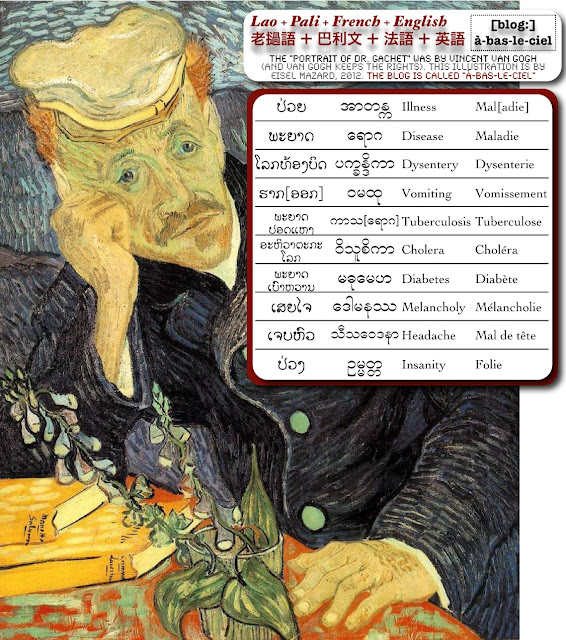 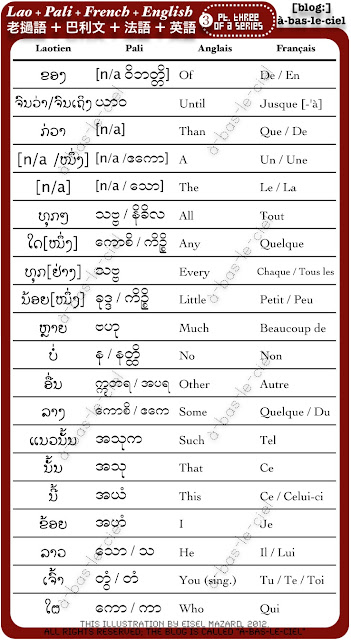 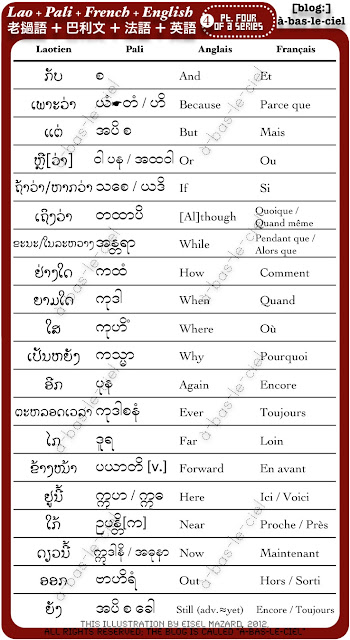 If you're comparing each language to the other, there are a few etymological oddities to catch your eye here.  The Lao term for cholera is indeed transliterated from Pali, but the Pali origin here is ahivātakaroga… which is to say that an ancient term for the bubonic plague seems now to be used as a modern term for cholera.

Many of the disease names (not all) feature the Lao monosyllable Lok; you may know this as "world", transliterating Pali loka, but, in this context, it is in fact rendering the modern pronunciation of Pali roga (a word that you'll find near the top of the first illustration, next to Dr. Gachet).

The same logic underlies all of the terms for diabetes: the two syllables of Lao ເບົາຫວານ are conceptually equivalent to both the Pali and the Latin (diabetes mellitus), yet they hardly share a common syllable.

Meanwhile, the Pali verb vamati shares a common etymology with its French and English equivalents (requiring no explanation) --but not with the Lao hāk.
Posted by Eisel Mazard at 22:38