The Era of Unpaid Authorship

Eisel: everything you say is true, except the last sentence. We know so many people who continue to find ways to make a living out of writing, including people your age.

For instance, try sending short stories to The New Yorker, which pays well. They feature one in each issue, and once a year have an all-fiction issue. Your kind of writing is very close to what they print. Alice Munro and Mavis Gallant first made a living out of writing by selling short stories to them, then book publishers wanted to collect their stories etc. I know that's a previous generation, but new writers are constantly appearing, some in books, some online, most in multiple formats.

That world is over.

That economy no longer exists.

Making money out of authorship now relies on the same sort of personal connections that would give you access to a career as a drug-dealer. 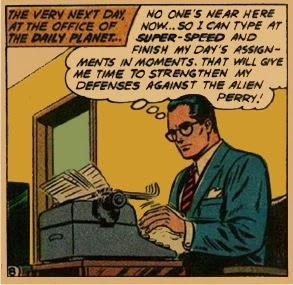 If I published in the most prestigious Canadian literary magazine imaginable I would either be paid nothing at all, or else a merely-symbolic honorarium (seriously: we're talking about $50).

The famous Rolling Stone magazine pays $250 for an article of up to 1000 words.


When I was a teenager, I earned $500 from writing complete garbage for a small-time, free magazine in downtown Toronto (that long ago ceased to exist).  These numbers aren't just tiny, they represent decades of decline.


I have worked inside the publishing industry myself, and I just finished taking a course with a lifelong veteran (who has written for TV, film, etc., not just articles and books) who very much agreed with me in this respect, and who could pile on his own examples from his own experience in discussing this stuff (he was even more bleak in conversations outside the classroom than he was during class).

That world is over: I am a member of the first generation of people who cannot earn a living with this particular skill-set.

Conversely, of course, I'm a member of a generation who has the luxury of reaching an audience with zero censorship, without relying on an editor or a corporation to publish/broadcast my work, etc. etc.

My generation has many advantages, but employment (as an author) simply isn't one of them. 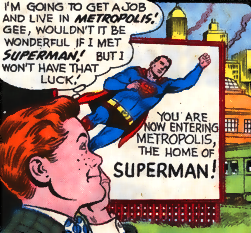 The New Yorker does not (repeat: not) accept unagented manuscripts. The only "unknown" authors published there are people known to the editors (and those people do have agents, in addition to connections). The New Yorker is notorious for having an open e-mail accepting submissions that are never published (not a single example ever has been since the mid-1990s, when the phenomenon first became traceable).

The majority of white people whom I spoke to in Southeast Asia were over 50 years of age, and many of them would say to me with excitement, "Oh, you should get a job at the local newspaper here!" They would be referring to the English-language paper in Cambodia, or Thailand, or wherever the conversation was transpiring.

All of those newspapers (all) rely on unpaid labor.  On the one hand, they had retired white men on permanent beach-vacation providing articles, on the other hand they had internships paid for by donor agencies, and to fill in the gaps in-between they had access to the same free source of information we all have (the internet).

When I was in France I spoke at length with a publisher of photography books who agreed with everything I know from the non-fiction publishing industry and added on even more examples from his end of the sector: employment even for war-photographers has ceased to exist, because newspapers can get photographs for free (from the internet, etc.) and don't have to pay huge wages, huge transportation fees, nor (most expensive of all) health-insurance that will cover deployment in a war-zone.  He knew veteran photographers who dearly wanted to be in Syria, etc., but who couldn't earn a dime doing it --and couldn't get legal protection or health insurance to do it, either.

You have lived long enough to witness many fundamental changes in the world.  Some have been obvious, and some have been more subtle/invisible.  This one is pervasive, but invisible.

There is absolutely no way that I could earn enough money to feed myself --let alone raise my daughter-- as an author.