How the Thais Lost Laos 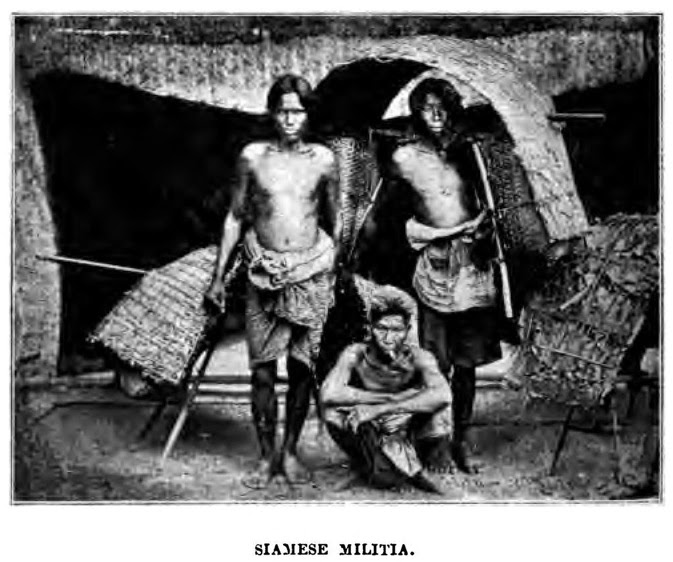 Although Thailand may have more freedom of speech than any of the countries it shares a border with, it nevertheless lacks freedom of speech.  Some aspects of the political history of the country are very, very difficult to talk about, within the bounds of what's permissible (I've just seen a few statements on Wikipedia that would be punishable in Thailand).

The feelings of the Thais toward Laos are too intense to be changed by facts.  Is there anything I can compare this to in contemporary Europe?  The English don't care nearly so much about the Scottish, nor do the Spanish have any such feeling toward the Portuguese, despite the long histories of war and rivalry in both cases.  Perhaps the only comparison would be the feelings that Russians have toward Crimea, in now claiming the latter as a province: more than just a claim that in the future they should form one-and-the-same country, the attitude is based on a presumption that the smaller country never had a right to exist, and that the border separating them only came about by trickery.  The sense that --somehow-- both sides were cheated out of their national destiny is strong in Thailand; it would make more sense if this sentiment were paired with the notion that the Thai and Lao are "one race" (as the Russians consider themselves the same race as Crimean Russians --although not the same as the Crimean Tatars) but, instead, it is juxtaposed to the very fundamental belief that the Thai and Lao are two separate races, and, unsurprisingly, the Thais consider themselves racially superior to the Lao.

An old book that I recently rediscovered on Archive.org (link below) provides a reminder of a terrible truth that is inconvenient to both sides, as they now write the 19th century's history.

There was a period of at least a few decades when the Lao were (genuinely) willing to become a province of Thailand, if only the Thai would make common cause with them (militarily) in driving out a common enemy: the dreaded Jin Haw (ຈີນຮໍ່/ฮ่อ).

From the perspective provided by James McCarthy (a relatively impartial witness to the events) it is easy to imagine a parallel universe in which the Thais really did "come to the rescue", and bring Laos under their protection.  Instead, as everyone knows, Laos ended up under French dominion, with encroachment from Thailand being one of the things they were protected against (an imperfect parallel to the "protectorate" arrangement with Cambodia, that was very clearly offering the Cambodians protection against Thailand, whereas the Lao really had been trying to work with Thailand to drive out the Jin Haw).

However, during the decades when the Lao were unable to repel the Haw invaders (who were coming south from China, but had no home in China to return to), Laos was definitely in a position to make a deal with Thailand, and they were certainly more positively inclined to do so than the Cambodians ever had been (as the question of who would control Battambang continued to be contested between Thailand and Cambodia, etc. etc.). 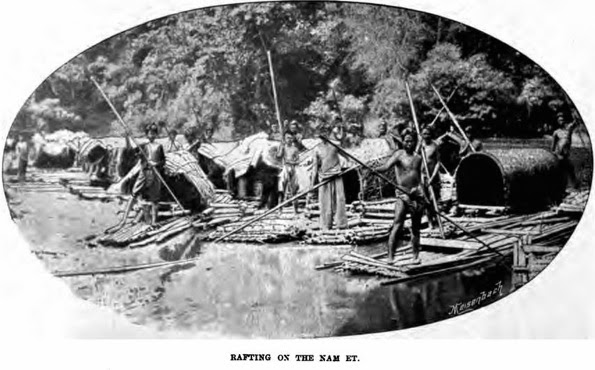 In reading James McCarthy's account, I'm reading anecdotes about places I've been, and about events I've seen described from various other sources (few of them eye-witnesses, as I recall).  Although it isn't McCarthy's thesis, his description of the events (and the attitudes of the leaders) suggests to me that --like Chiang Khaeng-- much of Northern Laos was willing to make a deal with Thailand, if only Thailand could deliver on its side of the deal, but, simply and shamefully, the Thais failed to do so.

From this perspective (i.e., unlike the Thai propaganda), Laos and Thailand were separate nationalities for centuries, but had the opportunity to unify during a relatively-brief period of decades, when they were united against a common enemy.  However, the Thais bungled the opportunity, with astounding, unforeseeable consequences; the French saw an opportunity for themselves in Thailand's weakness (something I wrote about in my preface to Lemire's Laos in 1893), setting in motion a sequence of wars (to control so-called "Indochina") that would eventually involve the Americans and the Russians in the 20th century.


The official Lao view of the history is largely factual, but omits to mention any such willingness to make a deal with Thailand (an aspect that shines through clearly in McCarthy's account), instead making it seem as if the Lao had always been in the struggle for independence that (later) came to be the definitive sentiment of the Communist period ("anti-imperialist struggle", etc.).  The official Thai view of the history has to rewrite the facts and assumptions more extensively, so that it seems as if Laos never had been an independent country/kingdom to begin with; instead, all of Thailand's borders (with Burma, Cambodia and Laos) are made to seem like unfair contrivances imposed by European empires, reducing the much greater scope of the alleged Thai homeland (sometimes extended up to include parts of Yunnan via Shan State, etc.).  The latter approach has enough truth in it to be a productive area of propaganda (and it has been since Prince Damrong), but it also contains enough lies to create many awkward puzzles for those who would try to communicate the truth, in the carefully censored context within which all Thai political discourse must unfold.

The book I've alluded to, by James McCarthy (1900), is available here:
https://archive.org/stream/surveyingandexp00mccagoog#page/n118/mode/2up