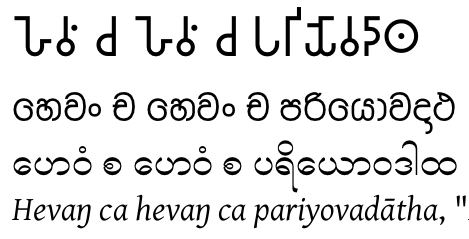 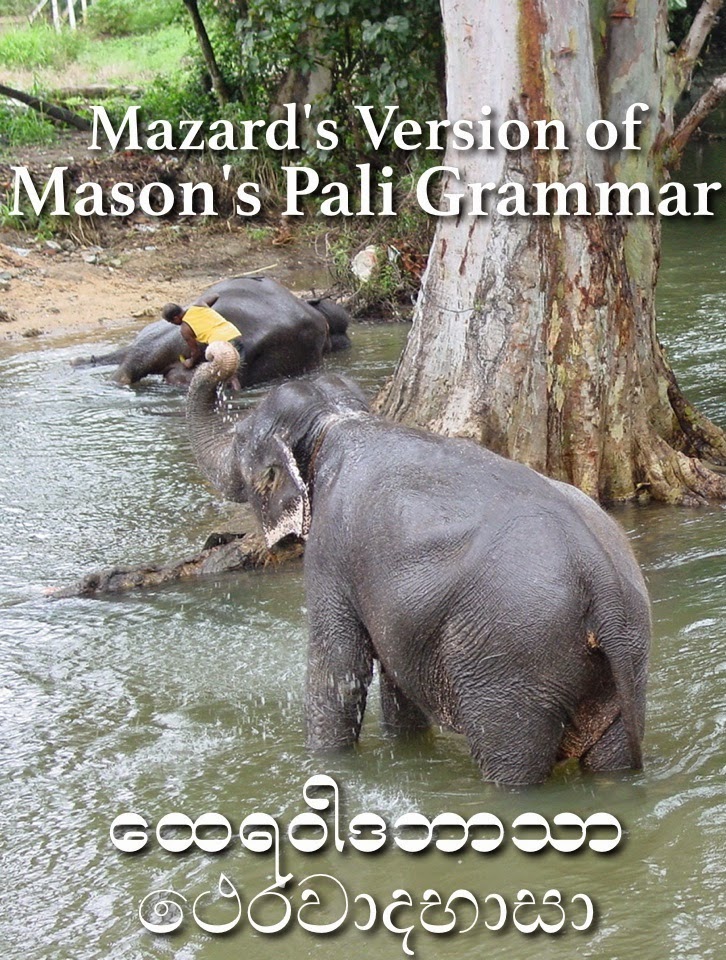 If a whole mess of historical anecdotes, grammatical tables, and etymological theories (about a dead language!) sounds like your idea of fun… then, well… this is the Pali textbook for you!


Mason's Pali Grammar was book that faced technical challenges at every stage, and ended up having several fonts created especially for it (at my demand!).  It is finally available for download from Google Books, about ten years after I completed my work on it… and almost 150 years after its first author began work on it, I suppose.

Admittedly, it's not for everyone…

As the (2015) introduction explains, Mason was a very peculiar character, alive at an exciting time when Europeans were getting their first clear picture of the history of ancient India, after decoding the edicts of Ashoka.  It was a time when scholars were racing to write the first dictionaries of the Pali language, and were encountering Buddhist philosophy as never before via the Theravāda tradition (a tradition that was, at the same time, being transformed from an uncatalogued collection of palm-leaf manuscripts into the indexed volumes we know today).  As Appendix B (titled, "Who was Francis Mason?") explains, Mason is perhaps the unlikeliest person to bring us on this journey: he was a Christian missionary on the Burmese frontier, with a somewhat genocidal attitude toward the cultures he studied.  Nevertheless, Mason threw himself into the comparative study of stone-inscriptions, manuscripts, and ancient Buddhist sources, and his enthusiasm is still contagious. 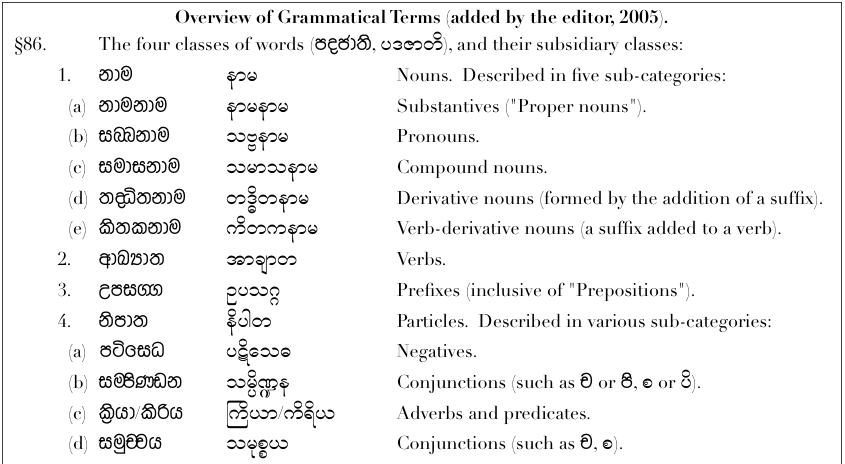 The book provides, overall, a knot of really interesting anecdotes, and my own interruptions (as a younger man ca. 2003–2005) provide contrasts between old and new assumptions of what the Pali language is supposed to be.  The book has a lot of character (in the old-fashioned sense of the phrase… i.e., for better and worse), and if you're a student who is more advanced than an absolute beginner, you'll probably find working through the examples here more interesting (and less boring) than other textbooks available (take a glance, for example, at page 124, or page 232, where Mason sets out the raw materials for you to translate passages for yourself, and then test your understanding).

Although I doubt it will be used by nearly as many people as have downloaded the three Pali textbooks I already made available (link 1, link 2, link 3), I would say that Mason's Pali Grammar is rather more amusing than any of those other textbooks.  For more advanced students, it provides a glimpse into the struggle to try to get Pali to conform to the expectations of a Latin grammar, working from the (profoundly alien) ancient Pali tradition of Kaccāyana (and can be a first step into understanding the asymmetry between the way we now explain the language, and the way the language used to explain itself --etic vs. emic, ifyouknowwhatImean).  To learn more, click through to read the introduction (the book is available from Google Books to read on-screen, or to download, freely, as a PDF).