Dept. of Unpopular Aphorisms: According to Google, Nobody Has Said this Before… 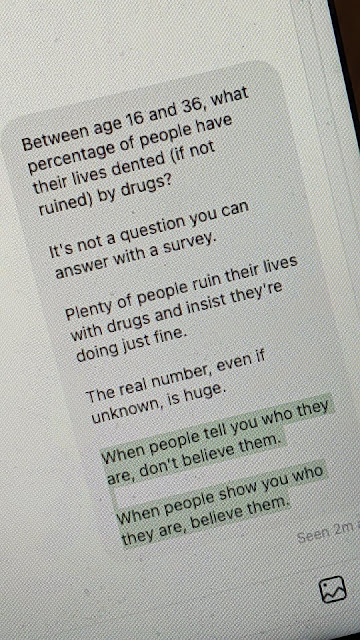 This aphorism certainly applies to my ex-wife. 哈哈哈😄   There was a big difference between "showing" and "telling" in her case.