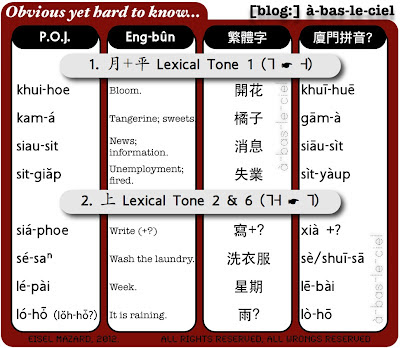 I received some feedback from a native speaker of Xiàmén providing me with "Pinyin spellings" now used for the same vocabulary on the mainland (I do not know to what extent this is a formal or informal standard: the Communist government of Xiamen has become involved in the creation of official dictionaries and standards for the language very late in the game).

Some of these differences (in comparing the POJ column to the column on the far right of the charts) just reflect different attempts at transcribing the same word; others reflect real differences in dialect.  Problems with consonant sounds are obvious, but problems with both tone marking and the actual tones pronounced (two very different things) are much harder to pin down.

I have some new books arriving from Taiwan in the next few weeks, and should have more to say in due course.  For the time being, however, I'm left with a puzzle that is missing many of its necessary pieces.  The resources produced both by the Taiwanese government and by Taiwanese academics are largely polemical (rather than educational) and tend to assume that you're already fluent in both Hô-ló and standard Chinese, and that you want to join in a debate on the politics of the language. 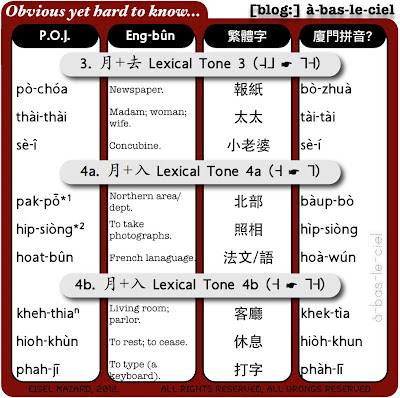 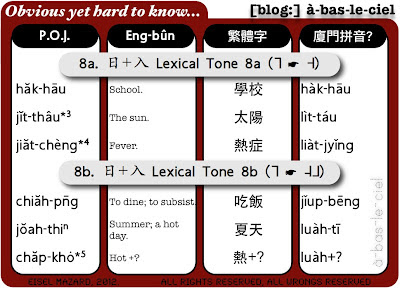