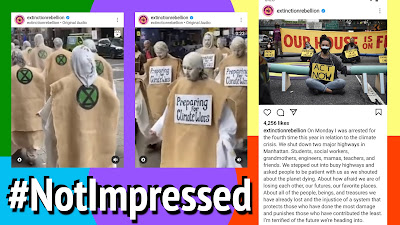 As with "Nation Rising" and so many other cliques of donation-seeking phony radicals that have come and gone… something new and different was promised (something drastically more effective than any other form of street protest we've seen before)… but… what was actually delivered… is not any more impressive than the embarrassing nonsense I was criticizing in 2016 (and, of course, none of these methods were new in 2006, or 1996, for that matter!).

[I'm here vaguely alluding to a trilogy of videos that have just appeared on my own channel, shown above.]