Highlights of my latest attempt to convince "Ask Yourself" to be LESS RACIST.

"Ask Yourself" is the name of a (vegan) youtuber who has been accused of racism many times; after discussing his views at length with him directly (and cordially) I made many attempts to encourage him to address the allegations/rumors against him —and this is partly because I know, directly, that they are not baseless allegations/rumors (he has made many, many statements that outsiders correctly view as racist).  Here are some highlights from my last/latest attempt to encourage him to be less racist, via Facebook message (these are only messages from myself to him, none vice-versa, as I would not violate his privacy). 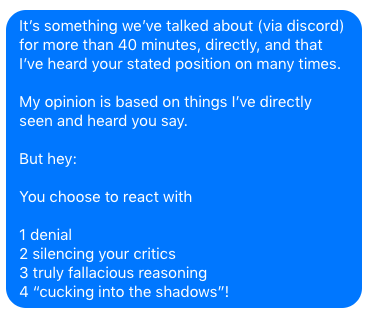 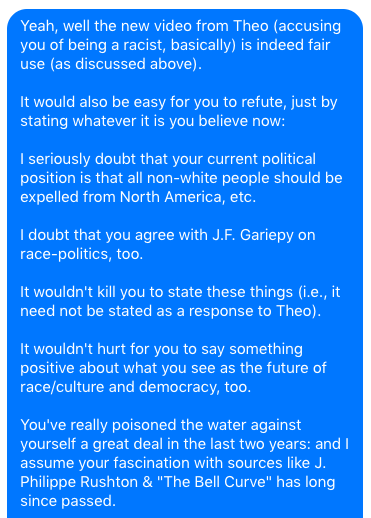 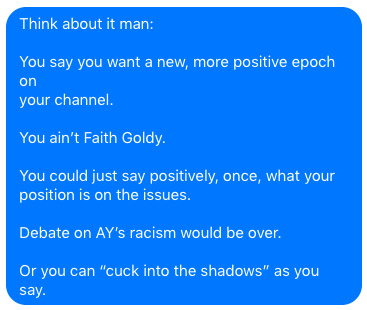