Interview vs. "The Violent Vegan" 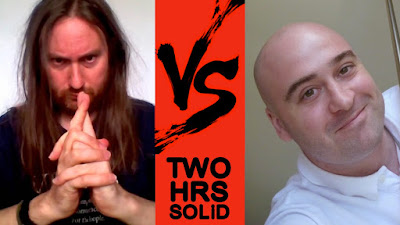 ALSO AVAILABLE AS A PODCAST (audio-only MP3): https://archive.org/details/Eisel-Mazard-2016-Interview
Eisel Mazard (à-bas-le-ciel) has a conversation with the youtuber known as "The Violent Vegan". The conversation returns to issues of vegan activism repeatedly, but also includes various comments on life, politics, religion (including Theravāda Buddhism), and the difficulty of trying to assemble a social movement (on even the smallest scale) out of people of contrasting personalities and political beliefs. The discussion is slightly less than two hours long, recorded on March 23rd, 2016, with one party in England, and the other in Canada.
Posted by Eisel Mazard at 07:45