A Book Review, "Waking Up" by Sam Harris (On Youtube) 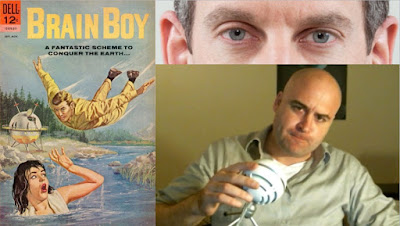 "Someone on the internet called this Cargo Cult Science, but I can't really get behind that term, because Cargo Cults get results… Cargo Cults are based on empirical experience… Cargo Cults… compared to this, are not that bad!"

Below is a reply to some questions I received, and I recognize that other people had the same (or similar) questions, so I post my comments here, for those who are interested:

Yeah, I could say more about it, but I tried to keep that video RELATIVELY short, given that my prior video on Sam Harris & Buddhism ran to a full hour. The short answer is: no. No, you can't "move the goalposts" and say, e.g., "Well this method of ancient birth-control doesn't actually prevent pregnancy… but it has this great effect for your hair, so we're going to endorse it as medicine anyway". Even that example, however, would be more honest than what Sam Harris does (assuming you're labeling the medicine as a hair-tonic, and not as a birth-control pill). What Harris is doing is more like simultaneously claiming all of the contradictory benefits (birth-control and shiny hair) for a number of contradictory reasons: he characterizes orthodoxy as if he had authoritative opinions on what it is (and means) --e.g., just making up his own definitions of nirvana & the philosophy-of-self out of thin air-- and he uses orthodoxy to stamp legitimacy on "modern" methods (from Vipassana meditation to getting high on party drugs, etc.). In short: it's a complete mess. It's worse than the blind leading the blind. It's a flaky, true-believer, cult-member pretending to be a skeptic and an atheist, and pretending to be an expert on Buddhism at the same time. It's really that bad. It's as bad as a skeptic/atheist claiming to have informed opinions on the spiritual significance of Santa Claus based on his interpretation of the Bible (i.e., Santa Claus does not appear in the Bible) --really, his work contains errors of chronology that crude, along with all the absurd redefinitions of terms he indulges in, etc. Finally, what S.H. is doing DOES NOT have legitimacy as a secular/skeptical exercise: he has been writing about Buddhism, as a true-believer in Buddhism (even if it is very much an ersatz, California-based Buddhism); he makes dogmatic claims, as in that short quotation about Buddhist scripture providing a completely scientific (and "empirical") description of consciousness and what to do with it (not a "myth"); he isn't skeptical even in establishing what the scriptures say in the first place, much less is he ever skeptical in establishing their scientific validity. As I've reflected in other videos, I don't think that Buddhist philosophy should be dismissed as mythology any more than Shakespeare should be dismissed as mythology; however, IT IS MYTHOLOGY. What the scriptures (suttanta) say about meditation really is a sort of mythology, heavily magical, and reflecting an ancient world-view (e.g., meditation can cause earthquakes, and this is explained because the world is believed to be a flat mass floating in a rather unstable situation, cosmologically speaking… any comment on how empirical and scientific this is, S.H.?). In his book, S.H. does not even show a familiarity with the range of already-existing attempts to "scientize" Buddhism, and their critics; he seems to be genuinely writing out of complete ignorance of Buddhist scholarship of any kind --even of scholarship in exactly the niche he's trying to occupy. If you find this interesting, you might take a look at my earlier video, "Buddhist Meditation is NOT a Science of the Mind" = https://www.youtube.com/watch?v=EZZZFk3pYa0.