Lil B, Not Yet Vegan 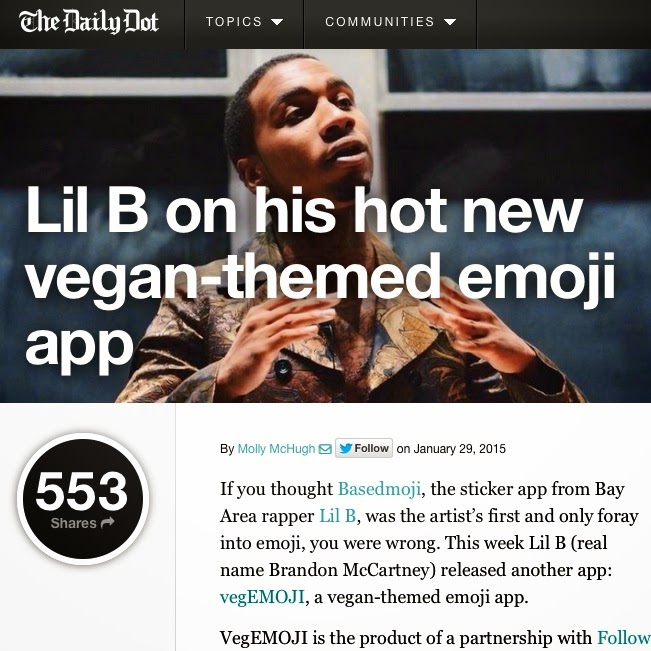 In a career pinioned (verb) by the audience's apprehension that anything (and everything) the artist says is likely to be an act of self-parody, Lil B's support for veganism is a grey area within a grey area.  When he says he's gay, you know he's not really gay --and, let's not forget, CNN covered this as news.  When he finally comes out and says he's vegan, presumably he'll find some way to switch it up and score a newspaper headline.  Hey, even if he never follows through with it, Lil B > Nelly's vegan credentials.